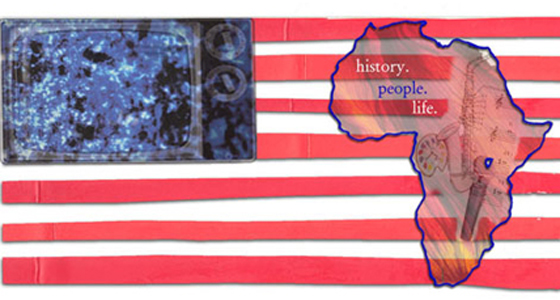 “The problem of the twentieth century is the problem of the color-line – the relation of the darker to the lighter races of men in Asia and Africa, in America and the islands of the sea.” W.E.B. Du Bois writes these famous and almost prophetic words in 1903. In hindsight, one can say that the “color-line” has been one of the major frontlines in the US-American struggle for identity – an identity that comes to terms with its own history of slavery, an identity that addresses questions of inequality and mistreatment, an identity that until now still measures the African-American with a different standard than the Anglo-American.

In this seminar we will examine the differences and similarities of an African-American culture in the United States. Ever since Colonial times, the African-American experience has been both entrenched in white culture and strongly kept apart. Only briefly touching upon Antebellum and Reconstruction in the 19th century, we will instead concentrate on the emergence of a unique African-American culture with the beginning of the 20th century and trace its development through the Harlem Renaissance, the Civil Rights and the Black Arts movements on to the War on Drugs and the Culture Wars of the 1990s and their implications of racism and political correctness. We will discuss mainly literary examples of cultural production, even though film, music, and cultural events will also be examined to enhance our understanding of the cultural experience.

Further texts such as short stories, plays, poems, songs, essays, speeches and academic writing will be made available via a reader that you can buy in the first class session.

!!! Since this a survey class, thus there will be a large amount of reading required from you.

Be prepared to spend at least 2-3 hours per week on reading (depending on reading speed) !!!