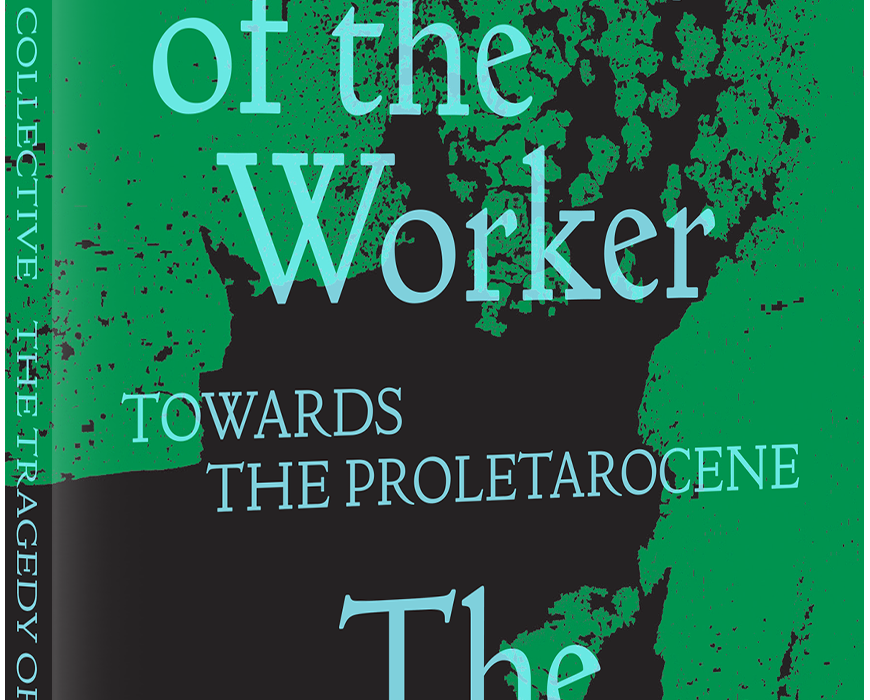 The Tragedy of the Worker: Towards the Proletarocene. The Salvage Collective. Verso, 2021.

Julian Rosefeldt’s video installation Manifesto (2015) has Cate Blanchett reading out various manifestos from the 20th century, each of them declaring a specific artistic view on the world as central to its time and circumstances.

From Futurism to Fluxus, from Dadaism to Situationism, from Vorticism to Dogme 95. The outlier in all of this, or maybe the underlying basis, seems to be the Manifesto of the Communist Party (1848) by Karl Marx and Friedrich Engels, which Blanchett intones as the film opens with the image of a lit fuse: “All that is solid, melts into air.” If Marx and Engels’ Manifesto is the spark that ignites the imagination of artists and writers to manifest their thoughts against the state of the world, that is against the capitalist system that subsumes us all, then maybe The Salvage Collective’s The Tragedy of the Worker is the moment that the fuse finally catches the powder and blows the system to bits and pieces. Well, probably not. Let’s be realistic. As the Salvage writers say themselves, the publication was “born out of defeat” (102) and carries with it a “certain political pessimism” (103), and it seems unlikely that one more left-wing publication about the climate crisis and its connection to the death cult of capitalism could make much of a difference. But it is a convincing one, one that is well-argued, poetically written, and with both dry cynicism and fiery revolutionary talk to light the spark in those still on the fence about how to change this world for the better.

So if you are looking to up your argument game for the next debate about capitalism, then here is your manifesto. Salvage Collective draw the connection between the climate catastrophe we are experiencing and the underlying mechanics of capitalism, revealing—you all guessed it—that within capitalism’s main logic of accumulation, the destruction of this planet is inevitable, it is part of the program. Working through different aspects of the issue, the essay explores the deceiving promises of “Green Capitalism,” the historic failure of generating a “Red Plenty” after the October Revolution, the upcoming fight for Arctic resources and the “Politics at the Poles”, as well as the need to be watchful of the establishing of a “Green Fascism” erupting as climate migration grows. Overall, The Tragedy of the Worker is a manifesto of sorts, rallying those on the left to see centrist politics as part of the problem, calling for more radical visions, claiming the need to stop capitalist’ accumulation dead in its tracks, or else … Or else—and that might be the issue of why Tragedy is not igniting the powder keg—it is simply too late. The writers close with acknowledging that it is already too late, that systems are too entrenched, and that left-wing politics would need to be so radical that they are “unrealistic […] an indication of how much would have to be achieved, and how quickly consent gained for radical new ideas, coalitions assembled, tactics innovated, the unthinkable realised” (86). For a manifesto, this is too dark. There is no call to arms, no utopian moment of hope. And that in itself might be why the essay is even more necessary, why we need to realize the catastrophic path we are on. Not to make it all better, but to stop it from becoming even worse. That is the tragedy of us all.

This has originally appeared in Vector – Link –, in case you are interested.