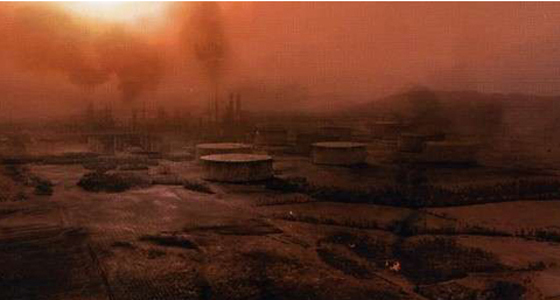 Even before industrial rock act Nine Inch Nails (NIN) released their album Year Zero in April 2007, an accompanying viral marketing campaign had already begun to create a buzz for the album online but also offline by February 2007. 42enter-tainment, a strategy company that creates immersive entertainment for commercial products, marketed the album and developed an alternate reality game (ARG) that allowed fans to enter the narrated world of the album. An alternate reality game is an interactive puzzle-solving game that is played both on- and offline across many media with thousands of players cooperating to gather clues and thus propel the game forward. The game designers continuously manipulate and disperse clues while players all over the world try to overcome the game’s challenges and solve its puzzles. The main purpose of the Year Zero ARG was playing the game and finding clues in order to unveil the future history described by both game and album and to collect as much information as possible on the narrated events to come.

The album describes the dystopian world of 2022, or “Year Zero” by presenting 16 tracks, each of which is textually not much more than a momentary snapshot written from the viewpoint of one character. Through the textual vagueness of the 16 modular songs, the narrated world of the album remains opaque unless the reader/listener also becomes a player of the ARG. Players needed to manipulate websites and email-addresses, as well as finding and solving offline problems. Memory sticks containing song material and cryptic files were found at concerts, spectral analysis of which revealed further websites of the game. Hidden messages on t-shirts revealed parts of the game, as did a telephone number hidden on another memory stick. Fans calling this number were directed to a specific time and location where a van handed out packages with mobile phones, which in turn were called to reveal a secret concert location. When the concert was then theatrically stormed by in-game police troops, the ARG reached its climax. By providing all of these clues, across media and national borders, the game slowly unfolded a postmodern patchwork narrative of a dystopian future in which a fundamentalist Christian US has increased national security and begun with surveillance of its own citizens after several terrorist attacks on Los Angeles. In this narrative world, the US government has issued the addition of a drug called Parepin to the public water supply as a countermeasure against biological warfare, even though the drug also acts as a mood-dampener and psychotropic, and the population lives in constant fear of its own government. Any kind of opposition towards these measures is deemed subversion and eliminated with all means necessary. A resistance starts to develop and acts out against the oppressive regime.

Year Zero must be seen as a concept album on a dystopian future. Together with the ARG the album provides enough indexical or encyclopedic information to assemble a future alternate history clearly within the dystopian genre traditions. The mechanism by which the 2007 reality is informed of the future reminds of the techniques used in classical utopias/dystopias, such as a historical manuscript or the record of a traveler, only inverted to reveal the future: by the use of an unidentified technology a dissident group, called The Resistance, sends information along a time shift in the internet and allows the contemporary readers/players to explore the future society. The outsider’s perspective is necessary for the dystopian critical commentary to function and by playing the game and actually becoming part of it, a total immersion of the player within the game world is facilitated and allows for the decisive moment of agency to be acted out. What happens in the future is up to us in the present. The utopian/dystopia depends literally upon our actions. By incorporating the future possible world in a game as immersive and interactive as an ARG, the dystopian imagination advances from cautionary tale to directive for action. Players not only think about changing the future, they actively participate in such a change.

The game and album together function as examples of convergence culture and cross-medialization. Without the interactive communities of Web 2.0 the game, which needed to be played simultaneously in Los Angeles, London and Tokyo, could simply not have functioned. As such, the Year Zero experience provides ample material for discussing the role of agency, community and social responsibility within a dystopian/utopian context. The nature of the game as dispersed on the internet really offers tremendous possibilities for students to use and hone their research skills and experience online communities as global and self-organized. Last but not least, the thematic discussion of the Year Zero universe can provide students with an understanding of surveillance, loss of freedom and religious fundamentalism, and might be juxtaposed in a discussion with the thematically similar Little Brother by Cory Doctorow or even George Orwell’s classic Nineteen Eighty-Four.