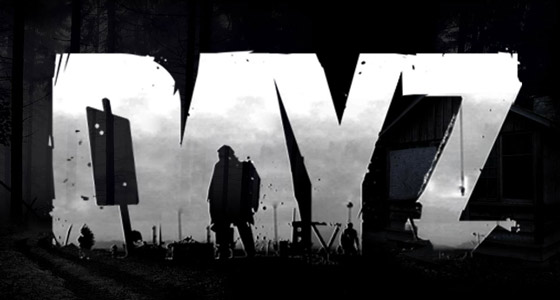 You wake up on an empty beach and look around. There is not a soul in sight. You are hungry, thirsty, cold and have no weapons. You start walking and after a while you see a gas station in the distance. Hope surfaces in your thoughts and you run towards that emblem of civilization. But then you realize: something is off. There are no people, the station seems abandoned, the glass of the windows is broken, the door off its hinges. You slow down, only to hear a grinding sound, a scuffing of feet being dragged and a low growl. And that is when you see them, lurching from behind a shed next to the gas station: Zombies! The dead and decomposed bodies move forward, some slow and steady, some in bursts, which brings them almost onto you. You run like you never ran before. But … it is too late. Infected, bloody hands grab on to you, tear at your clothes, rip through your skin and you go down in an instant. The last thing you see, as the world slowly fades, is the shadow of a zombie over you, closing in and blackening out the light. You are dead.

A different kind of shooter

This experience, or one similarly disturbing and short-lived, is probably what most players of “DayZ” experience in their first (and often many more) game sessions of the notorious zombie mod for military first-person shooter ArmA II. A ‘mod’ is what gamers call a fan-designed game addition (or ‘modification’) to an existing game that adds new levels, a different setting or switches up the game design. “DayZ”, with close to 1.5 million players (in Jan 2013), is currently the most favored of such mods for the 2009 Czech game ArmA II, which in itself is neither fantastic (or science fictional) nor even critically a good game. It sets itself apart from other first-person shooters (FPS) of military persuasion, such as the more widely known Call of Duty or Battlefield series, by being a hard to play simulation rather than a ‘for fun’-shooter. And “DayZ” takes this even further in allowing the player to experience a post-apocalyptic survival simulation, including the dire need for food, water, shelter and a means to defend oneself. Characters can die of exposure, starvation, dehydration or simple injuries. Jumping from a balcony can result in broken bones, which leave him/her immobilized and thus an easy snack for the roaming hordes of zombies. Wounds need to be treated otherwise blood loss will lead to unconsciousness. And most problematic of all: if a character dies, s/he dies permanently and all of her belongings (such as food, weapons) remain with the corpse. There is no second life, no re-spawn. Restarting the game will simply let you take control of another character altogether, who is again without any inventory and thus freshly born to “DayZ”.

The story of the game is simple and not really new to our culture: An unknown and very deadly virus wipes out the population of the world – in the case of the game, the fictional post-soviet state of Chernarus – and leaves most of humanity as flesh-eating zombies. The remaining humans face the terror and challenges of a post-apocalyptic world. The game thus drops the player as a survivor into a scenario, that reminds strongly of The Walking Dead, 28 Days Later or similar film and tv zombie franchises. Not only are the survivors threatened by the hungry zombie onslaught, as well as the environmental hazards, but also by other survivors. The real threat of a post-apocalyptic world is the breaking down of law, order, ethics and modern society as a whole.

A Game that is no Game

And this is where the video game, as an interactive and participatory medium, clearly goes beyond anything imaginable within literary or purely visual culture. First off, the game is a simulation not a narration – almost to a fault: there is no goal, no learning curve, no manual or tutorial, no experience to be gained and almost no visual indication (beyond the bare minimum) to indicate some kind of game mechanic. And nothing within “DayZ” is scripted, nothing ‘needs to happen’ in order to further a story line. Thus, the game – as Gonzalo Frasca’s definition of a simulation reminds us – is a “model of a (source) system […] which maintains […] some of the behaviors of the original system”, meaning that the game mechanics react “according to a set of conditions” (223) not defined by a fixed narration. And with “DayZ” the source system of the simulation is an extremely hostile environment without institutional order. The innovation of the game is to go beyond the good vs. evil narrative decision making that most games nowadays incorporate (leading to two or more alternate endings of the game’s storyline). Rather “DayZ” throws players into a situation like that of Cormac McCarthy’s novel The Road, in which every other human survivor becomes a potential thief, rapist, torturer or murderer. Dean Hall, the creator of the mod, states that his main interest lay in exploring “the levels of subtleties and decision-making that’s forced on you based on an emotional context” (cit. in Campbell, n.pag.), especially if that context is defined by “a primal struggle to stay alive” (Campbell).

Ideology and the Zombie Apocalypse

Whereas characters in post-apocalyptic tv series such as The Walking Dead, Falling Skies or Revolution are carefully drawn up to fulfill conflicts of morality, with which viewers can identify, and in the end at least try to re-establish our contemporary pre-apocalypse value systems, players of the game will soon find that letting go of any morals and crossing boundaries makes survival a whole lot easier. There are thousands of stories to be found on “DayZ”-discussion boards of treachery, betrayal, and outright murder for, literally, a can of beans. Players usually survive on average no more than an hour, as the website of the game (http://dayzmod.com) tauntingly announces and more than 8 million murders (meaning one player killing another) have happened in the game in less than six months.

The ideology behind the game is consequently opposite of Hollywood’s usual discourse of a need to restore order. As Frasca points out, simulations are authored cultural products, which allow for “modeling difficulty” of certain outcomes, thus providing us “with a rhetorical tool for understanding the big picture” (228). Dean Hall calls “DayZ” an “anti-game”, because it is rigged against the player: “It’s the lack of balance that actually provides you with quite a compelling experience. So I made a deliberate decision with it to […] provide that [post-apocalyptic] context around it and just use [it] to generate emotions in people” (cit. in Lathi, n.pag.). The big picture – the state of contemporary society – as well as the emotions generated on a very personal level, both of which the game lays bare, are deeply disturbing as the player’s humanity is stripped away and instinctual, opportunistic or downright sadistic behavior sets in.

The critical potential and academic value of “DayZ” thus does not lie within the very cliché confines of its background story but in the unique mechanics of the medium itself. The mod and its stacked odds of survival, the emotional reactions and moral choices made by players and of course the ideological rules that govern this virtual world are a prime example of why and how video games are important cultural artifacts in their own right and should be examined. The game’s simulation allows for not only that personal ultimate “what if”-experiment of apocalyptic fiction but also for a cultural counter-argument against Hollywood’s dominant discourse of liberal humanist values – both of which are well worth exploring.