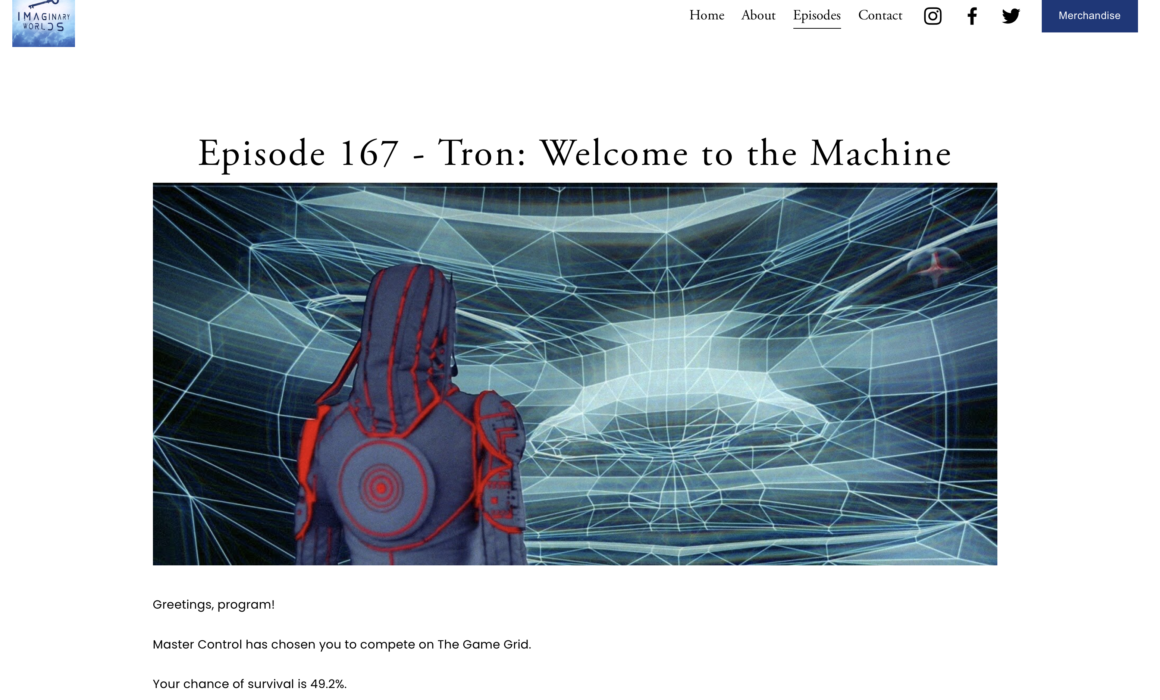 Greetings, program!
Master Control has chosen you to compete on The Game Grid.
Your chance of survival is 49.2%.
End of line.

The 1982 movie Tron may seem outdated and even hokey today, but the film was more groundbreaking and prophetic than many people realize. I talk with Tron’s director Steven Lisberger about the challenge of making a movie about computers without the help of computers. Media scholars Lars Schmeink and Sherryl Vint discuss the influence of Tron on our understanding of virtual worlds and our place in cyberspace. Plus, writer Daniel Frey talks about why current sci-fi about Silicon Valley tends to be more “near future” than fantastical, including his novel The Future is Yours.