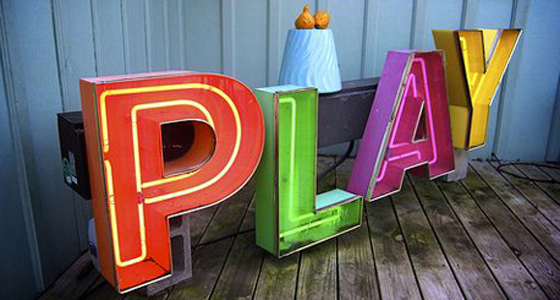 „Culture itself bears the character of play,“ writes historian and cultural philosopher Johan Huizinga in 1938 and thus defines man as Homo Ludens (as he aptly titled his work on play). As the father of game theory (or play theory) Huizinga’s text has become one of the touchstones of modern game studies and cultural studies, more specifically and importantly since the rise of video games as cultural objects. Pac-Man, Mario, Sonic and Co. have taken over a large portion of our culture and gaming itself branches out to other areas of life, such as the way we handle technology, the way we conceptualize progression or how we approach specific cultural problems. One buzzword of recent years has been „gamification“ – describing the impact that gaming has on our culture. In this course we will examine three recent (21st century) novels that all deal with gaming in one sense or the other and use „play“ as a catalyst for approaches to contemporary society. Be it as a means of conflict resolution, an alternative community or as an invigorated and reshaped mythology – gaming culture has invaded the literary realm. In this course, we will thus engage game studies, play theory and their cultural importance. Then, we will analyze the contemporary novels and their gaming aspects, specifically noting their contribution to the novel’s placement within genre dimensions of young adult literature, utopian/dystopian discourse, science fiction, the fantastic or the bestseller. For context and if time allows, we will also examine earlier works (e.g. Orson Scott Cards novella „Ender’s Game“), film adaptations (e.g. The Hunger Games, Dir. Gary Ross, 2012) and video games (e.g. The Elder Scrolls V, Bethesda, 2011).

This seminar is research oriented and each student will be asked to choose a research topic (of their own interest) and conceptualize a term paper during the semester – students will need to fulfill weekly „milestones“ towards their own research / completion of their paper. These milestones will be evaluated and discussed and count towards the final grade. Students should read and prepare Suzanne Collins The Hunger Games for the second week of classes. Make sure to allow enough time to read the novel during the semester break.

Additional texts like short stories and secondary material will be provided in Agora.