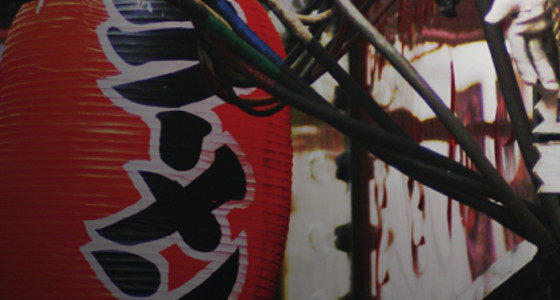 Februar 7, 2016 by admin In Publikationen, Reviews No Comments

„For more than 25 years the term ‚cyberpunk‘ has been haunting science fiction,“[1] (9) writes Jiré Emine Gözen in her introduction to Cyberpunk Science Fiction and then sets out to uncover that ghostly presence by mapping the genres origin and definition, as well as its historical development and main artifacts. The problem with ghosts is that their effects on us can be felt but cannot always be attributed to a solid body or manifestation. Similarly, Gözen claims that cyberpunk has been around a while and its influence on culture cannot be ignored, but also that scholarly work dealing with it has been strangely missing the point of actually defining the term and describing its history as a literary school. In the first part of the book she thus sets out to make visible cyberpunk’s essence by describing its historical embeddedness in the broader genre of science fiction (chapter 1), by reconstructing its specific history, aims and differences as a literary school of thought in order to conclude on a definition of the term itself (chapter 2) and by laying out a map of its key texts, their plots and themes (chapter 3). In the second part of the book, Gözen then claims cyberpunk as a „literary avant-garde movement“ (9) that in its works manifested the „thought systems of modern media theories“ (10) proposed by Marshall McLuhan, Teilhard de Chardin and Jean Baudrillard. In chapter 4 she thus analyzes cyberpunk examples with a focus on different aspects of McLuhan’s media theories, Teilhard de Chardin’s noosphere and Baudrillard’s hyperreality, before in chapter 5 shortly giving an outlook on the literary development beyond cyberpunk and connecting it to contemporary phenomena such as post-cyberpunk, New Space Opera, the British Boom or slipstream.

An analysis of cyberpunk as a literary expression of postmodern media theories is a relevant topic and indeed a valid endeavor and Gözen manages to do a thorough job of connecting McLuhan’s theories to cyberpunk novels. She discusses Sterling’s Schismatrix as prime example of McLuhan’s theory of how the extensive use of media shape human life in all aspects. For her the two rivaling factions, Shapers and Mechanists, represent different media forms, and the correlating influences these media (genetics and mechanics) exert define societal structures, biopolitics and philosophical worldview. According to Gözen, the novel represents McLuhan’s dictum that the use of media itself, separate from its transported message, can lead to „radical paradigm shifts in all areas of life“ (229).

In similar analysis, she connects McLuhan’s theory of an implosion of space/time as well as his general notion that media function as extensions of the human sensory system with Gibson’s Neuromancer, William’s Hardware and Cadigan’s Mindplayers. And it is in this, the McLuhan chapter that her book offers the most insight by connecting the radical and controversial literary visions of the original Movement-group with the theoretical framework of the similarly radical and controversial media theorist.

Unfortunately, already her discussion of Teilhard’s noosphere is much less extended and focuses on McLuhan’s understanding and implementation of Teilhard and is only discussed in connection to Greg Bear’s Blood Music. Whereas McLuhan’s theories connected to several authors and could be analyzed in different instances, Bear’s novel seems the only applicable case of including Teilhard’s noosphere at this point, which brings to question its inclusion in the first place.

In her last analysis of media theory, Gözen then tries to find Cyberpunk expressions of Jean Baudrillard’s theories of simulation and hyperreality specifically and of postmodernism in general. Here, she again refers back to Schismatrix, Neuromancer and Mindplayers but this analysis is somewhat lacking the freshness of her McLuhan chapter. One deficit might have been that postmodern theory has been applied to Cyberpunk from the get go and many of Gözen’s examples just reiterate Brian McHale or Larry McCaffery, another might have been not to include Istvan Csicsery-Ronay, Jr.s essay on „The SF of Theory: Baudrillard and Haraway“ and to address the radical paradigm shifts in theory that are offered up therein.

This last aspect might have been due to a more general problem I have with the book, and to be provocative, with a tendency in almost all German sf scholarship of recent date. Science fiction scholarship in Germany is struggling for survival, not even able to carve a niche in literary studies departments anymore. The high times of sf scholarship (if there ever where any) were the 1970s and since, the field has become unmoored. If it happens at all, it is lonesome work and usually done against the wishes of departments and the broader field of employ (be it literary or media studies). Thus, writing a dissertation on sf in Germany means – as it most likely did for Gözen –, writing it under supervision of someone not particularly knowledgeable in sf and without peers close-by to discuss the work. In consequence many German scholarly works on sf read a bit stale, a bit out of touch with current scholarship in the Anglo-American field. This is why the book needs a full fifty pages to summarize sf history – and superficially at that –, and it is the reason why it also provides a compendium of the twenty or so most important cyberpunk works on more than eighty pages, repeating plot lines and introducing important characters and themes.

And furthermore, this is the reason for my number one point of critique: the book’s conception of cyberpunk itself. Contrary to most contemporary English-language scholarship on cyberpunk, Gözen argues that the term „cyberpunk relates to a specific subject that has developed from a literary movement with very specific aspirations“ (123) and applies her analysis only to works of writers associated with that group (The Movement), who display those aspirations in their fiction. She seems intend on making Gibson, Sterling and the other Mirrorshades-writers a „literary avant-garde-movement“ (321) with a unique vision to alter the genre and an unrivaled artistic ability with very distinct writing style. At the same time she dismisses most later or post-cyberpunk writers as only employing tropes and settings, not having the radical potential of the original group.

First of all, this view ignores the differences in writing between say Cadigan and Gibson, lumping Cadigan in with the „boys“, and does not allow for a more nuanced and critical view of cyberpunk – which for example early research by Nicola Nixon or Karen Cadora called for. Second, it does not take into consideration cyberpunk’s „sea change into a more generalized cultural formation“ (xiv) as claimed by Thomas Foster or as discussed in the most recent Anglo-American interjection in the debate by Graham J. Murphy and Sherryl Vint. Gözen’s view is one-sided and very narrow, and it feels a bit star-struck by the two figurheads of the movement.

It is to the detriment of German sf scholarship that discourse happens an ocean away, and that interesting ideas and innovative approaches – such as Gözen’s application of McLuhan promises to be – could not be brought to full fruition, just because scholars have no thriving discourse with a peer-group close at hand. To be part of the Anglo-American field of research takes a lot of effort and money – both of which the German university system does not hand out lightly, especially when its purpose is sf scholarship. To my mind, Cyberpunk Science Fiction has insights worthy of discussion, but these would have been more ideally presented in one or two precise articles rather than being embedded in a 350 page book written mostly to fulfill the need to explain one’s research to an unknowing supervisor.

[1] All translations are mine. Originals are in German.

Im Original erschienen in der Journal for the Fantastic in the Arts.