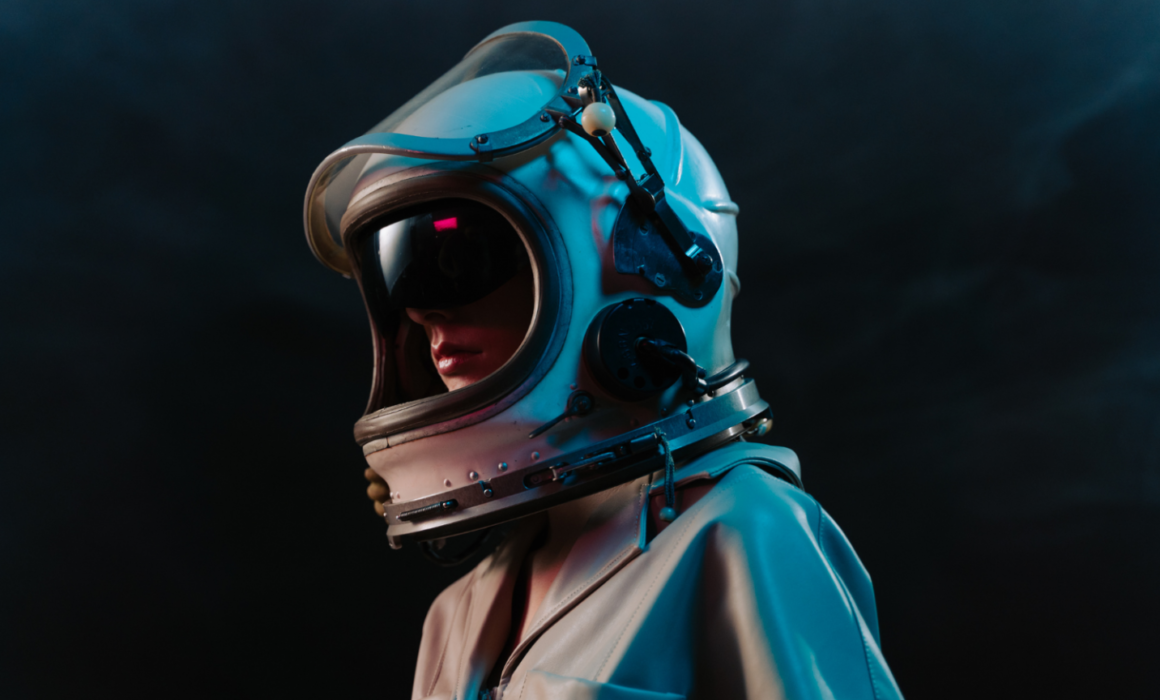 This article was written in English and then translated into Catalan for publication on Elbiblionauta.com by Sara Martín Alegre. Check out the translation here – LINK, or the English version:

Within the international genre of science fiction (SF), the German contribution is a bit of a blind spot. Consider Hugo Gernsback’s famous editorial for the first issue of Amazing Stories, in which he claimed Edgar Allan Poe, Jules Verne, and H. G. Wells as the immortal forerunners of SF (cf. Westfahl 1992), without so much as mentioning Kurd Laßwitz and his seminal novel Auf zwei Planeten (Two Planets, 1897). Gernsback was fluent in German and must have read Laßwitz. And yet, Laßwitz turns into an overlooked father of SF, only receiving an abridged translation into English as late as 1971. Unfortunately, this absence in the conscious history of the genre, obscures the many ways in which German SF has evolved in a complex “Gesamtzusammenhang (a holistic context)” (Cornils 2020, 7) in relation with Anglophone SF and the impact it has had on culture in general. Auf zwei Planeten, for example, is a novel about conflict with a Martian civilization which appeared at the same time as Wells’ War of the Worlds (1898) and similarly deals with questions of the Other and colonialism. Laßwitz, though, did not focus on critique of military Empire, but rather on a perceived Prussian backward tendency in thinking about the future—Germans, Laßwitz criticized, would have to “catch up quite a bit, if they meant to become capable to interact on the world stage or in space” (Dath 2020, 173). Here, German SF adds a transcultural reflection on the German failure to become a colonial power on a par with France or Great Britain, and to the complicated history of colonialism in SF, as John Rieder (2008) has described it.

In another area of SF, cinema owes many of its iconic images to the Weimar Republic’s early film movement. While most German SF has been internationally overlooked, this is not true of individual films. Thea von Harbou’s and Fritz Lang’s Metropolis (1927), for example, has single-handedly influenced the filmic representation of future cities, depicting its breathtaking vertical spatial dimension as metaphor for the inequality and divide of the classes. The dark dystopian megacities of cyberpunk films such as Blade Runner (1982), Minority Report (2002) or Total Recall (2012) all owe their visual make-up to Metropolis. Beyond the cultural sphere, von Harbou’s and Lang’s film Frau im Mond (Woman in the Moon, 1929) introduced a rocket ship and several technological details that became inspirational to NASA engineers in the 1960s space race and are now staples of designing rockets. And yet, aside from honorary mentions of Lang in the context of the film history of the Weimar’ Golden Age of German film, there is little effort to argue for a German SF tradition extending forward from his work.

So, when looking at the current state of German SF, one must bear in mind the complicated history of SF as a genre in Germany and its international perception. Consequently, more than in the Anglophone sphere, German authors are wary of the label SF while at the same time feeling the nostalgia and tradition that the genre brings with it. However German literature feels about SF, beginning with the mid-1990s, but really coming together in the 21st century, there has been a renaissance of German SF activity. This renaissance is driven by a varied roster of authors, each finding their own way to position themselves towards the genre.

One of Germany’s most well-known SF writers is Andreas Eschbach, whose early novels Die Haarteppichknüpfer (The Carpet Makers, 1995) and Jesus Video (1998) have changed the perception of SF in Germany, generating an acceptance for SF tropes such as space opera and time-travel in a larger audience. In his more recent novel NSA – Nationales Sicherheits-Amt (2018), Eschbach turns to alternate history, exploring a world in which the Nazi’s invented the internet and used it for their machinations. His latest, Eines Menschen Flügel (2020), is a posthumanist exploration of a far-future earth in which humans have developed wings and live in hunter-gatherer societies. Eschbach is a prolific writer, play­fully exploring what SF brings to the literary table, even proudly embracing the genre’s pulp tradition of space opera. With Perry Rhodan, Germany has the longest-running pulp series in the world, continuing since 1961, and in 2019 Eschbach has written the official prequel novel to the series: Perry Rhodan – Das größte Abenteuer, detailing how the young Perry became the space explorer of the series.

At the other end of the spectrum, SF writer Dietmar Dath is one of the few authors who is both firmly planted in the SF genre—having even written a history of SF recently, his Niegeschichte (2020)—and yet still loved by literary critics. Best known for his novel Die Abschaffung der Arten (The Abolition of Species, 2008), Dath has put out some highly intellectual SF-novels, Der Schnitt durch die Sonne (2018) or Venus siegt (2015) that explore posthumanism, mathematics, and philosophy through the generic extrapolation and estrangement of SF.

Other authors have remained on the fence regarding the genre label. Frank Schätzing or Tom Hillenbrand, for example, have become successful with novels that are clearly science fictional in their futuristic setting and technological pre-occupation yet marketed to a broader audience as ‘thrillers.’ Schätzing’s novel Der Schwarm (The Swarm, 2004) deals with how humans handle first contact with an unknown intelligence emerging from the deep sea, while his [Limit] (2009) concerns the extraction of natural resources from the moon and the international struggle for dominance there—thus masking their science-fictionality by highlighting political and spy motives. Hillenbrand’s Drohnenland (Drone State, 2014) follows a murder investigation in a fully surveilled society using drone technology on a daily basis, while his Hologrammatica (2018) is an investigation in a missing person’s case in a society that ubiquitously uses holograms to mask reality—thus highlighting the novels as crime or detective fiction. Yet, the science fictionality of these novels is clearly noticeable.

Similarly, authors aspiring to high literary standards or being received as such by critics, are usually skirting the genre label while still using SF conventions or topics. Thomas Glavinic’s Die Arbeit der Nacht (Night Work, 2006), for example, is a post-apocalyptic last man narrative and yet is hailed by critics mostly for its philosophical inquiry into the state of humanity. Sibylle Berg’s GRM Brainfuck (2020) has been called a deep insightful exploration of post-Brexit Britain and still cannot hide its SF: the artificial intelligence and the dystopian society make this quite clear. Or lastly, Julie Zeh’s Corpus Delicti (The Method, 2009) traces a court case in a society that sacrifices freedom for public health, the dystopian state regulating all aspects of its citizens’ lives. All of these novels have been hailed as great successes by the press, lauded for their imaginative worldbuilding and intellectual, literary aspirations, without clearly being placed in the generic confines of SF. Might it be that they are both?

Lastly, there is a new trend within the genre itself, a push by a younger and more diverse generation of authors to make themselves heard against the traditions of a white, cis-male, middle-aged authorship exemplified by Eschbach, Schätzing or Dath. Calling for a “progressive fantastic,” authors James A. Sullivan and Judith Vogt want to embrace changes prominent in the Anglophone sphere of the genre. They call for a deliberate push towards own-voices stories and more fictional representation of LGBTQ+ authors, of BIPoC, of dis/ability, of neurodivergence and so on. With a distinctly left-wing political agenda, they want to address issues relevant to our current society while “questioning the traditions of genre itself” (Sullivan and Vogt, n.pag.), thus highlighting the conservative politics and themes, as well as the entrenched structures of the genre status quo.

While not all younger authors subscribe to the self-proclaimed “progressive fantastic,” the SF genre has seen some changes in the last few years. Judith and Christian Vogt have published both the post-apocalyptic road trip novel Wasteland (2019) and the space adventure Ace in Space (2020) with a focus on gender neutral language and positive representations of gender identity. Wasteland highlights an open community and solidarity over violent conflict as a strategy for a livable future, while Ace in Space focuses on a struggle against capitalist exploitation and stresses a similar need for community building. James A. Sullivan’s Die Stadt der Symbionten (2019) is less radical in its politics, focusing on a far-future city run by artificial intelligence and on posthuman-machine-hybridity, but traces themes from Afrofuturism in the human’s struggle for identity and self-reliance. With Shape Me (2019), Melanie Vogltanz has published a dystopian novel on Instagram-induced body and beauty standards and how they impact our social interactions. And author Theresa Hannig, whose debut Die Optimierer (2017) explores a future Europe guided by artificial intelligence and which has become widely read in the high school classroom, in her latest novel Pantopia (2021) turns towards a positive future, shaped by a benevolent AI. The novel focuses on how the emergence of the AI and the struggle to let go of consumerism, convenience, and control for a chance at a more equal and sustainable tomorrow.

In conclusion, German SF in the 21st century has found a voice of its own, adding to the transcultural discourses of the genre and negotiating new and important issues for our current moment in time. For those interested to read a bit more on German SF, and those wishing to engage with some examples of German contributions to the genre, I would like to point out that this text here is a condensed summary of what my colleague Ingo Cornils and I have argued in New Perspectives on Contemporary German Science Fiction (Palgrave 2022). This collection of 15 essays is currently one of the few texts available in English that introduces current German SF from a scholarly perspective—I invite you to check it out. Thank you.

Rieder, John. 2008. Colonialism and the Emergence of Science Fiction. Middletown: Wesleyan UP.