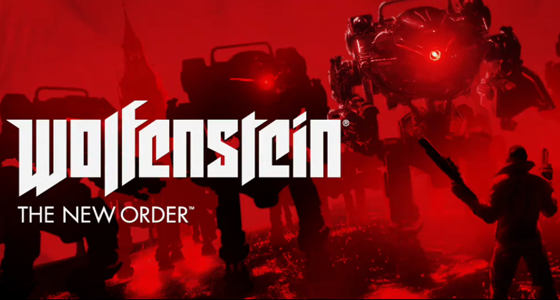 „It is hard to say what ranks lower on the artistic food chain than video games. Comic books? TV sit-coms? X-rated films? These ratlike vermin at the bottom scurry to avoid the thunderous footfalls of the towering behemoths of the art world.“ (Robinett viii)

This is one of my favorite quotes from the value discussion of video games as it clearly marks the difference in high and low cultural value given to artworks and poignantly comments on the elitism of literary or fine art scholarship. But aside from the question of value given to any one art form, the quote also hints at something that is especially intriguing when viewed against an international background. In the US, from where Robinett is writing, at least one thing seems to be clear and not part of the negotiation of video games: they are art – low life, bottom feeding, but art nonetheless. In Germany, where I am sitting at my desk and writing this review, this is not the case. Here, video games are considered toys. Yes, like Lego or Barbie, they are a plaything and not considered art. This has many repercussions for anyone involved in games, as artistic grants cannot be given to game designers, as academic study of games concentrates on technology rather than aesthetics, as the industry talks about design prices, not awards for best artistry and as legislators are able to ban specific content from German audiences.

Because video games are toys, they do not fall under the lenient legislature for artworks and thus do not accommodate for artistic citation or the use of satire and irony. Toys may be cultural product, but their purpose is to entertain, not to educate or transport meaning. In Germany, this means that they do not deal with Nazis and the Holocaust (as the most prominent example of censorship). Since there is a law prohibiting the use of the Swastika or any other Nazi symbolism apart from education or art, video games dealing with Nazis are simply not possible. This seems ironic, as most games actually take a very anti-Nazi stance in their game mechanics and use them as foils for evil incarnate.

Wolfenstein: The New Order seems a case in point, as the last in a series of action games dealing with a science fictional setting in which the Nazis wield the technology of creating cyborgs and automated weaponry and finally manage to dominate the earth. The alternate history setting of New Order presents the Third Reich in 1960 as a global empire that even conquered the moon, created laser weapons and is politically and economically unchallenged. The player takes on the role of former US-Captain William Blazkowicz who recuperates from being in a vegetative state for 14 years and sets out to rebuild the resistance and destroy the Nazi state once and for all. The game is hardly an innovation in terms of its standard gameplay (simple first-person-shooter), its ludicrous storyline (one man brings down an empire) or its science fictional novum (of cyborg experimentation). Nonetheless, the game refers to the Nazis as ‚The Regime‘ and all Nazi imagery has been removed and replaced with the stylized „W“ of Castle Wolfenstein, the eponymous castle.

Unfortunately, the most promising point of analysis of New Order is exactly the one that the German government does not see and through its censorship eliminates. The use of Nazi imagery, the veneer of historical accuracy, and all the cultural associations that come with it, these are exactly the things that make this game an artwork and not a toy. I would argue that New Order needs to be understood as a grotesque performance much in the vein of the 1970s „sadiconazista“ films, which Phil Hardy describes as „repulsively adolescent and racist torture-camp movies“ and as „filmic atrocities“ (315). According to Marcus Stiglegger these exploitation movies combine the Nazi veneer with sadomasochistic practices to „gain entertainment out of a pure imaginative destruction drive“ (n.pag.). The historical elements as well as its connection to sexual perversity are used as part of the postmodern subversive arsenal to transgress ethical boundaries and to play with tastes and values. In a far more mainstream compatible version, similar imagery and the connection of sexuality and torture are used in the characters of Eva Krupp in Steven Spielberg’s Indiana Jones and the Last Crusade (US 1989) and Eva Hauptstein in Guillermo del Toro’s Hellboy (US 2004). In New Order, the same elements are found in the character of Irene Engel, a blond, sadistic and violent prison camp commander that has a somewhat perverse sexual relationship with a much younger lover, she calls ‚Bubi‘ (a German pejorative for little boy).

Since the game is rather focused on violence and not sexuality, I believe, the ’sadiconazista‘ heritage has been glossed over with a more recent trend in depicting Nazis in fantastic films – that of violence filtered through carnival and grotesque, most prominently present in films such as Hellboy, Dead Snow (NOR 2009, Dir. Tommy Wirkola) or Inglorious Basterds (US 2009, Dir. Quentin Tarantino). Following the Bakhtinian concept of carnival, one could argue that the extreme forms of transgressive violence and the grotesque arsenal of body modifications and disembodiment (cyborgs, autopsy, hybridization, experimentation) in New Order functions as an over-the-top negotiation of the violence perpetrated during World War II. In the form of the carnivalesque we find a socially acceptable form to profane the sublime violence, to speak and even laugh about the unspeakable horror of the Holocaust (cf. Evers 65ff.).

In eliminating the Nazi imagery from the game, the player is denied the profaning moment of this „carnivalesque in uniform“ (Evers 65) and thus loses the isotopic layer of historical play with symbolism and the cultural wealth of meaning behind it. The monstrosity of the Nazi history, combined with the grotesque ‚too much‘ of the cyborg soldiers and gigantic machinery is narrowed to a (science) fictional Other.

The combination of historically accurate Nazi imagery and the over-the-top sublime of the machine soldiers deliver a powerful grotesque message of subversion.

Playing on the historic minefield of ethically questionable depictions of Nazi violence within this ‚ludic atrocity‘ of a game is exactly the key aspect of the carnivalesque critique. Without the symbolism, New Order is simply any old shooter, but with the symbolism, the ironic stance and the grotesque exaggeration of violence become meaningful. The toy becomes art. Just consider the implications of the alternate history reading of the moon landing that the promotional material of the game suggests. The Hitler salute and the iconic Swastika produce both an unease at the real possibility of the war turning out differently and a form of comic relief because of the outrageous suggestion of the historical reversal of roles. In the German boulderized version, with no salute and no iconic flag, this carnivalesque subversion simply ceases to exist.